How Not to Be Seen: A Fucking Didactic Educational Installation, Andrew Kreps Gallery, New York

Hito Steyerl (born 1966 in Munich, Germany} is a filmmaker, visual artist, writer, and innovator of the essay documentary. She is currently a professor of New Media Art at the University of the Arts, Berlin, where she co-founded the Research Centre for Proxy Politics, together with Vera Tollmann and Boaz Levin. Steyerl has produced a variety of work as a filmmaker and author in the field of essayist documentary, filmography and post-colonial critique, both as a producer and theorist. Steyerl attended the Japan Institute of the Moving Image and University of Television and Film Munich. She participated in Manifesta 5 in 2004 and has exhibited widely in solo and group shows since this time; notably, at the Chisenhale Gallery, London 2010; E-flux, New York, 2012; Artists Space, New York 2015; KOW, Berlin, 2015; Museo National Centro de Arte Reina Sofia, Madrid, 2015; Museum of Contemporary Art, Los Angeles, 2016 and Hartware MedienKunstVerein, Dortmund, 2016. Steyerl is widely published in periodicals, newspapers, journals and anthologies, as well as her own publications, including the critically acclaimed Duty Free Art: Art in the Age of Planetary Civil War in 2017. 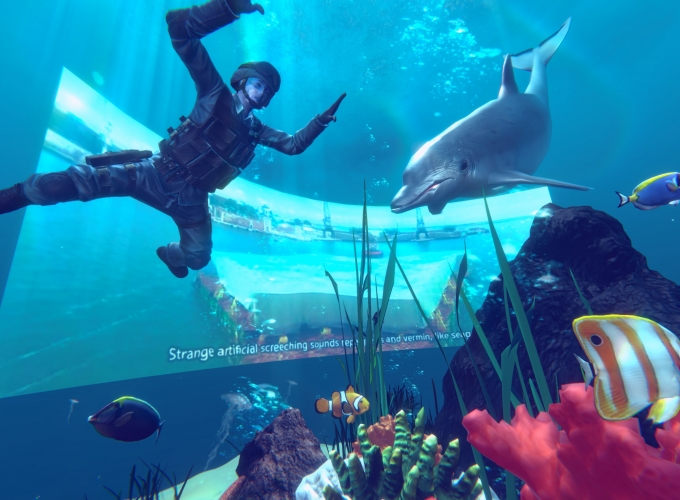 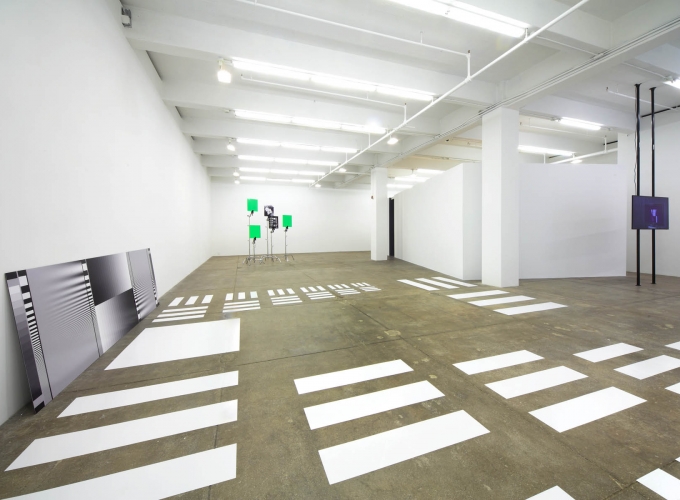 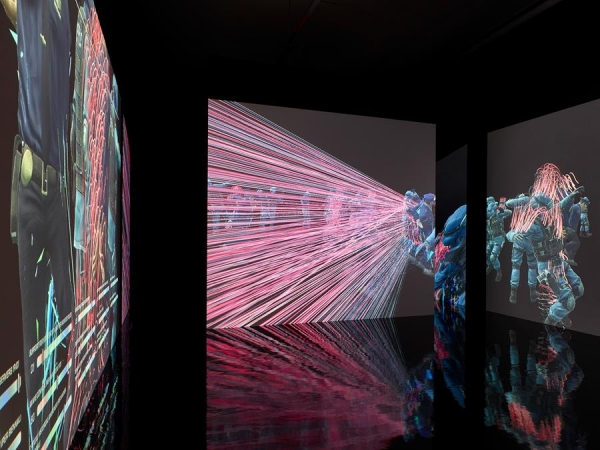 The artist, filmmaker, and author Hito Steyerl (b. 1966) is currently one of the most important positions when it comes to reflecting on the social roles of art and museums, experimenting with media forms of presentation, and critically examining the use of artificial intelligence. K21 provides an overview of Steyerl’s work with the comprehensive exhibition “I Will Survive”, developed in cooperation with the Centre Pompidou, Paris. 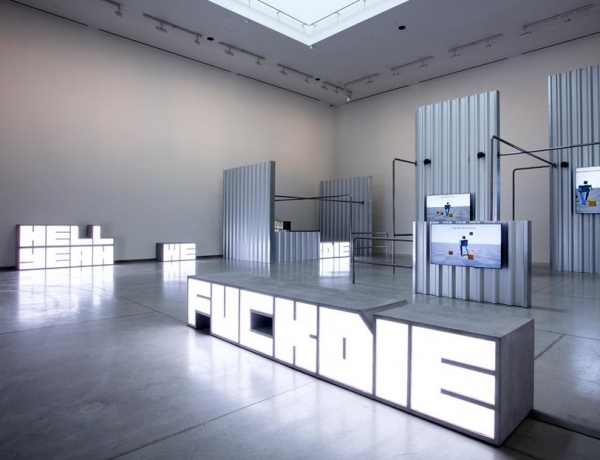 HITO STEYERL AT THE ART GALLERY OF ONTARIO, TORONTO

This is the future

Hito Steyerl is an artist, theorist and acute observer of our contemporary world. This survey exhibition, the largest of its kind in Canada, brings together a significant number of her works from the last 15 years. Steyerl is a storyteller. Using her signature essayistic documentary style – poetic narration supported by a unique blend of pop cultural images, documentary footage and computer-animated sequences – she presents a vision of our world that is at once humorous and frightening. Her playful explorations of technology and power structures result in darkly ironic cultural critiques that feel particularly relevant today. She blends the personal with the political, the satirical with the serious, while addressing a range of topics from economic collapse to globalization. Steyerl draws us into her world, asking us to reflect on our own roles in shaping the not-so-distant future. 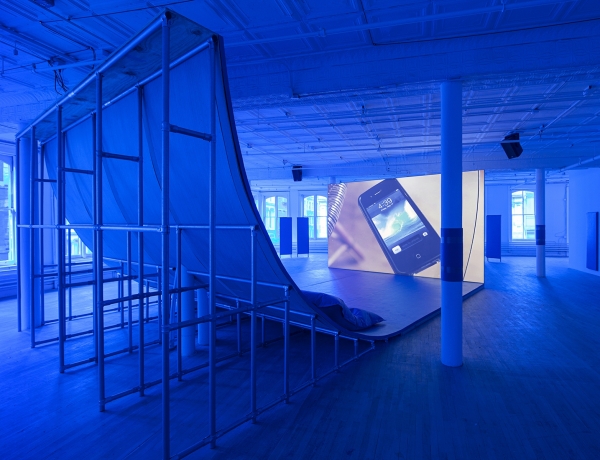 HITO STEYERL AT THE MUSEUM OF MODERN ART, NEW YORK

How do artists mediate between the need for intimate experience and the ambition to engage with the enormity of the world? Surrounds presents 11 watershed installations by living artists from the past two decades, conceived out of different circumstances but united in the scale of their ambition. Each explores physical scale as well: many are large and imposing, at times even literally surrounding the viewer. Others group smaller works into sequences that stretch across space. Some suggest the passing of long stretches of time, and some focus our attention on the stuff of everyday life. All mark decisive shifts in the careers of their makers and are on view at MoMA for the first time. 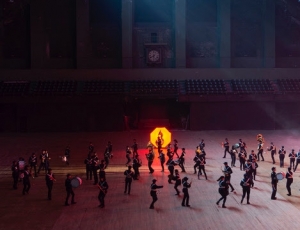 Hito Steyerl is a filmmaker and cultural critic who roots her investigative practice in the proliferation of digital images and their large-scale implications. Her practice takes a strong political stand, while being unafraid to challenge the power of the art market, the politics of images, and the state of human consciousness in the age of technologically advanced capitalism. Taking the form of essays, lectures, installations, video, and photography, her work is combined with dogged outspokenness and academics to critically influence agendas internationally. This creator reveals her most recent installation in the U.S. to date, commissioned by the Armory and curated by Park Avenue Armory’s visual arts curator Tom Eccles. Steyerl utilizes both the Wade Thompson Drill Hall and historic interiors of the building in mounting both pre-existing works as well as new projects commissioned by the Armory in her ongoing illumination of the world’s power structures, inequalities, obscurities, and delights. When viewed collectively, this material allows the viewer to zoom in on and out from some of the most complex and pressing issues of our time. 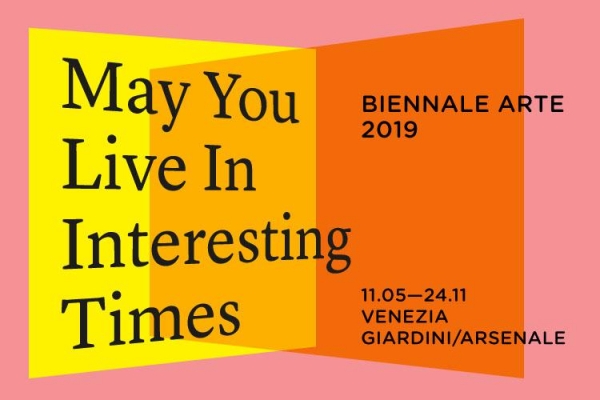 Andrew Kreps Gallery congratulates our artists on their participation in the 58th Venice Biennale, Darren Bader, Michael E. Smith, and Hito Steyerl as part of May You Live In Interesting Times, curated by Ralph Rugoff. 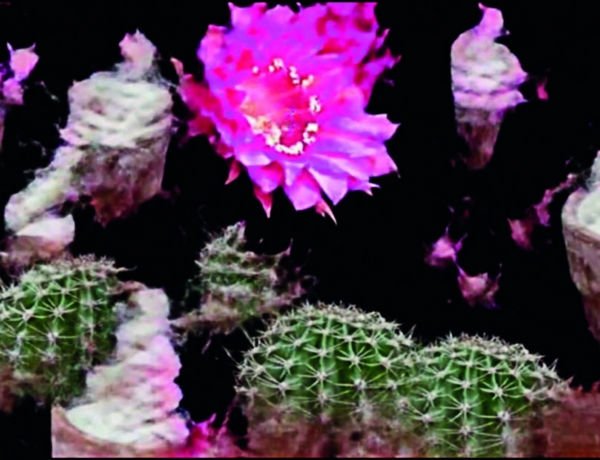 Steyerl’s new project for the Serpentine Galleries considers power and inequality in society, mapping unequal wealth distribution in the communities surrounding the Serpentine which has been recorded as one of the most socially uneven areas in Europe. Visitors to the exhibition will see an augmented reality app designed to expand our social vision of some local communities to reveal what Steyerl calls Actual Reality, a series of guided neighborhood ‘power walks’, and a new video installation created using artificial intelligence trained to predict the future. Beginning with the premise that ‘’’power’’ is the necessary condition for any digital technology’, Steyerl considers the multiple meanings of the word, including electrical currents, the ecological powers of plants or natural elements, and the complex networks of authority that shape our environments. 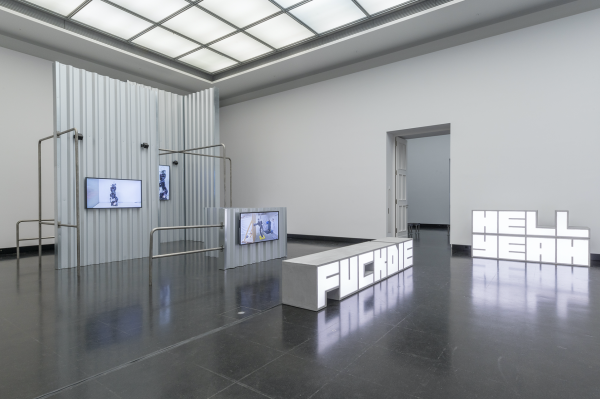 Hito Steyerl's artistic discourse orbits socio-political processes in theory and practice: post-colonial criticism, abuse of power, violence and the influences of globalization on the financial, labor and goods markets are visualized in various media. The artist responds to the influence of the digital and the global that increasingly dominates everyday life by assembling and disassembling images, texts, performances, multimedia installations and essayistic documentaries. Together with other installations, Hell Yeah We Fuck Die, 2017 developed for the Skulptur Projekte in Münster, will make the natural, political and material dimension of images and audio-video sequences perceptible in the exhibition at Pariser Platz. Between steel barriers and walls reminiscent of crisis areas, films of humanoid robots address current questions about the role of computer technologies in war. 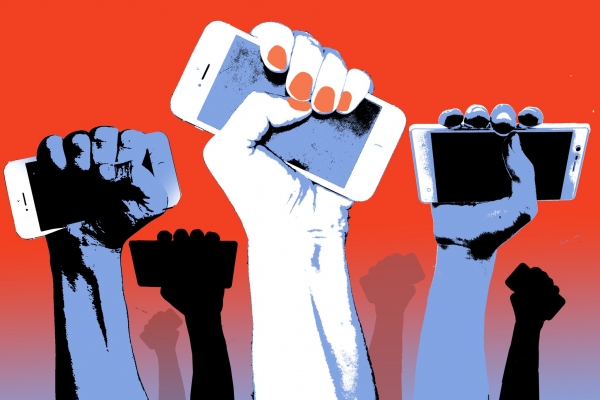 On June 20, 2017, the BBC evening news opener broke down. For four minutes, a breaking-news animation alternated random still pictures with tracking shots of a presenter who sat stoically in silence. The elements of the familiar sequence were jumbled, messed up and nonsensical.

The scene was the result of a technical glitch — a system crash. But it also served as an image of automation run amok, of decades of breaking news finally resulting in broken news.

The message still resonates: In this new age of artificial stupidity, technological disruption has turned destructive. Its greatest victim is reality itself.... 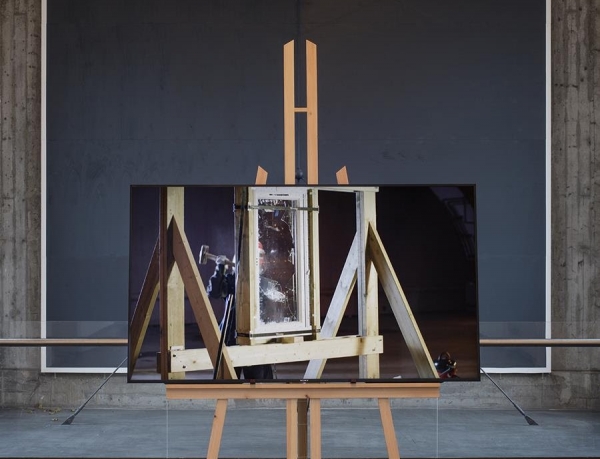 Castello di Rivoli launches a symposium on Artificial Intelligence with the participation of theorists, privacy and data management experts, consultants in the field of architecture and security development systems, chosen with artist Hito Steyerl. Titled The City of Broken Windows, Hito Steyerl’s new sound and video-based multimedia installation presented in the Manica Lunga at Castello di Rivoli, drafted by Carolyn Christov-Bakargiev and Marianna Vecellio, stems from her research into Artificial Intelligence industry practices and surveillance technologies. Through this work, Steyerl explores how AI affects our urban environment and how alternative practices may emerge through pictorial acts in the public space.​ 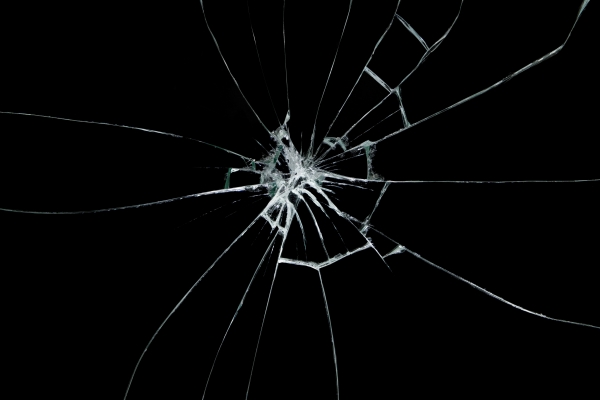 The City of Broken Windows

Hito Steyerl focuses on the role of media, technology and the circulation of images in the era of digital nativism. The artist creates installations in which film production is associated with the construction of architectural environments.  For her exhibition at Castello di Rivoli, she premieres The City of Broken Windows (2018), stemming from research into the practices of Artificial Intelligence industries, surveillance technologies and the contradictory roles Museums often play today. The City of Broken Windows revolves around neural sound recordings that, like an atonal and discordant symphony, document the process of teaching artificial intelligence how to recognize the sound of breaking windows, a practice that symbolizes social disruption. Steyerl explores how AI affects our urban environment and how alternative practices may emerge through pictorial acts in the public space. Chris Toepfer, protagonist of the new work, will board up Castello di Rivoli with trompe l’oeil window paintings. Steyerl’s new project offers an intriguing perspective on how the digital contemporary imagination shapes our emotions and experience of reality. 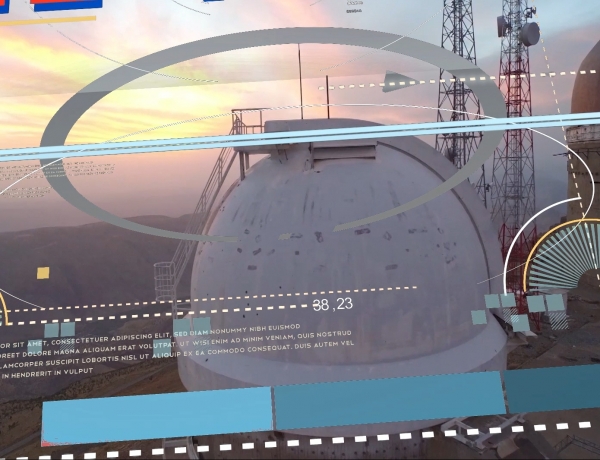 The exhibition at the Kunstmuseum Basel | Present presents works by Martha Rosler (Brooklyn, NY) and Hito Steyerl (Berlin).She puts both early and current works into a dialogue conceived jointly with the artists. Rosler and Steyerl are exhibiting together for the first time - both are also the first comprehensive show in Switzerland. In addition to numerous video works, photos, photomontages, banners and objects, on two floors of the building you will see expansive multimedia installations that confront visitors with spectacularly staged high-tech imagery.

The works of both artists address the interfaces between politics and the mass media. Both in their artistic as well as theoretical production, Rosler and Steyerl reflect the connection between our perception of social reality and the audiovisual media that are essential for their mediation. 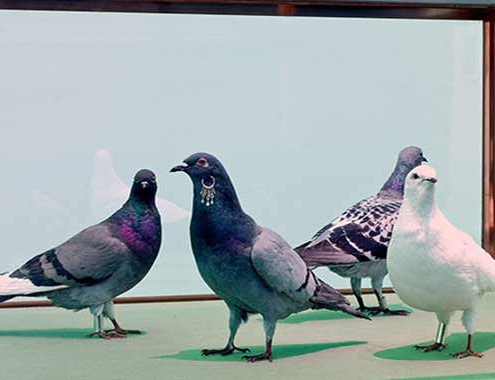 Germany is not an island (group show)

"Germany is not an island" - this quote is not consciously assigned to anybody, but was and is used by different personalities in different contexts. It is clear, however, that the exhibition is intended to describe the multicultural location 'Germany', a place where everyone is welcome. And a place where all the arts can develop interdisciplinary. Art often seeks the confrontation with traditional perspectives and ideas and thus opens up spaces that also call for greater tolerance, openness and reflection. It needs no social consensus, no vote, but is first and foremost free. Politically, however, she is still, and socially-promoting power also resides in her, especially when she invokes her freedom and her obstinacy. 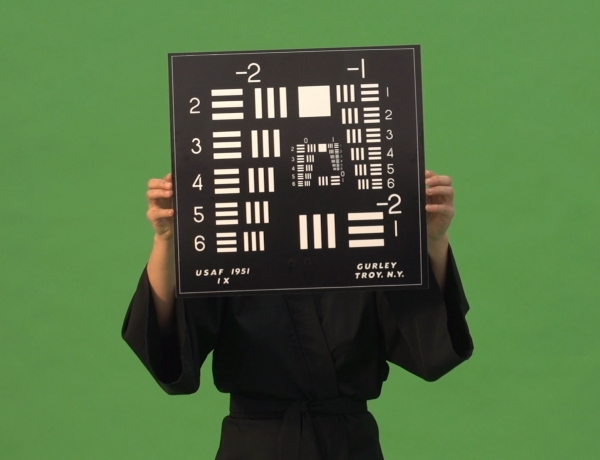 Art as radar acts as “an early alarm system,” as it were, enabling us to discover social and psychic targets in lots of time to prepare to cope with them.*1. These were the words of media theorist Marshall McLuhan, writing in Understanding Media with sharp insight in the 1960s and predicting the social revolution that new technology would bring. Half a century has now passed since McLuhan published his important work, and the Internet has permeated our society and new technological innovations like artificial intelligence are rapidly advancing. “Any technology tends to create a new human environment.” 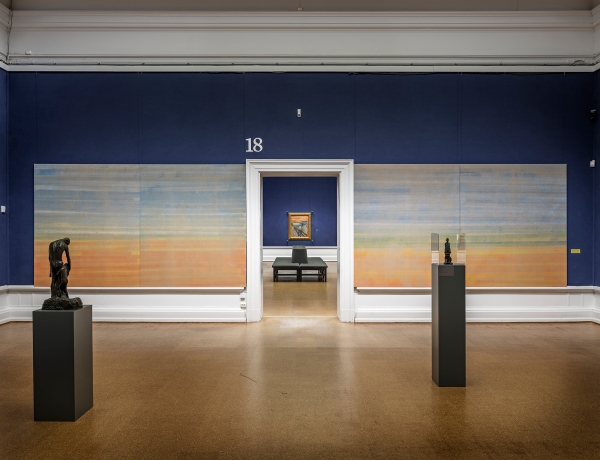 The complex relationship between image and reality has long been one of the most important topics in art.
In this exhibition, the National Museum shows works from the last four decades by close to forty prominent artists. Using a variety of approaches, they all address the surfeit of images we see all around us.
The visual deluge that supposedly represents our lives, our times, our world. News clips, holiday snaps, flickers from the depths of the internet. A fragmented intermediate world, half illusion, half reality. Excerpts and selections. And in the midst of it all: glimpses of truth. Images with the power to change the world. 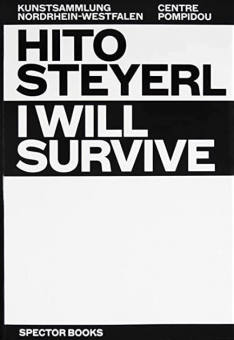 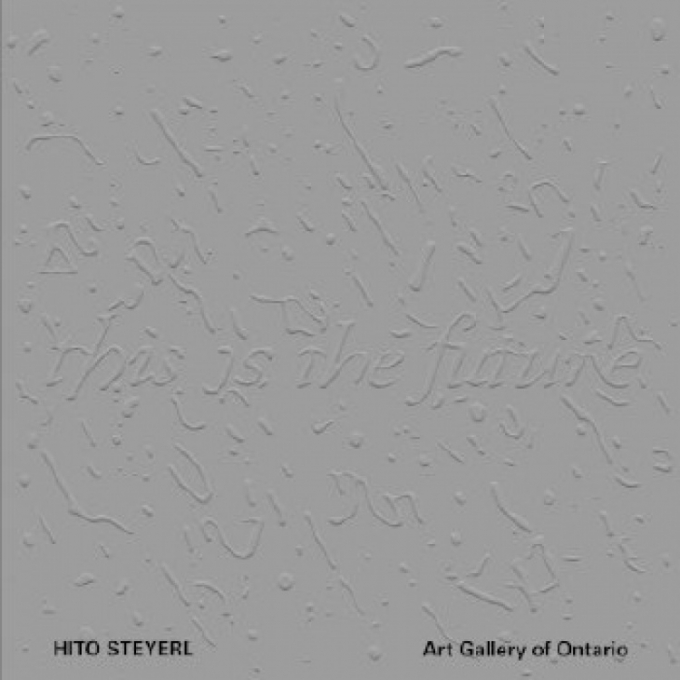 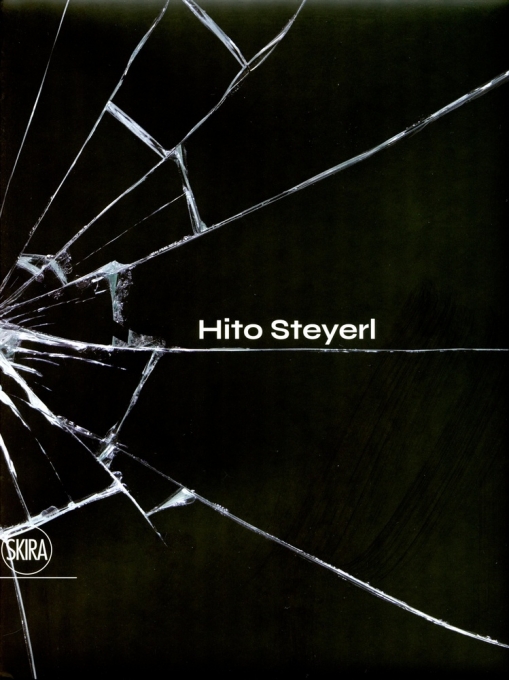 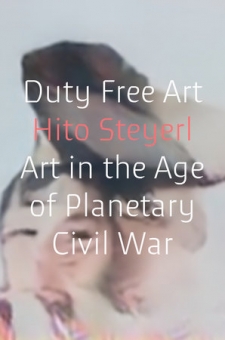 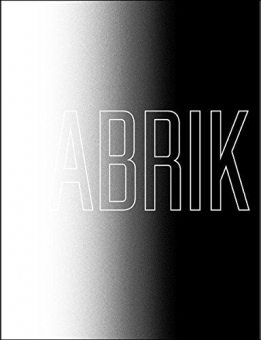 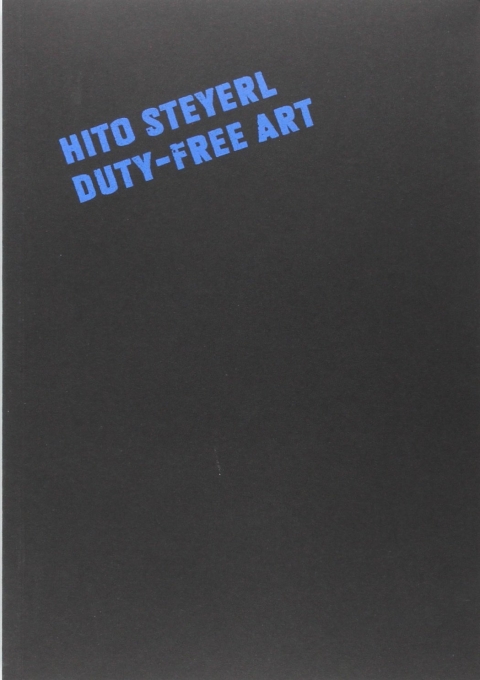 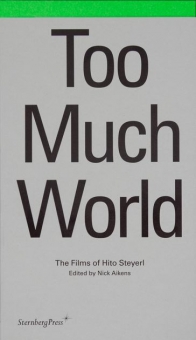 Too Much World - The Films of Hito Steyerl
Sternberg Press 2014 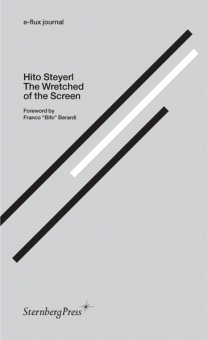 Hito Steyerl: The Wretched of the Screen
Sternberg Press / e-flux 2012