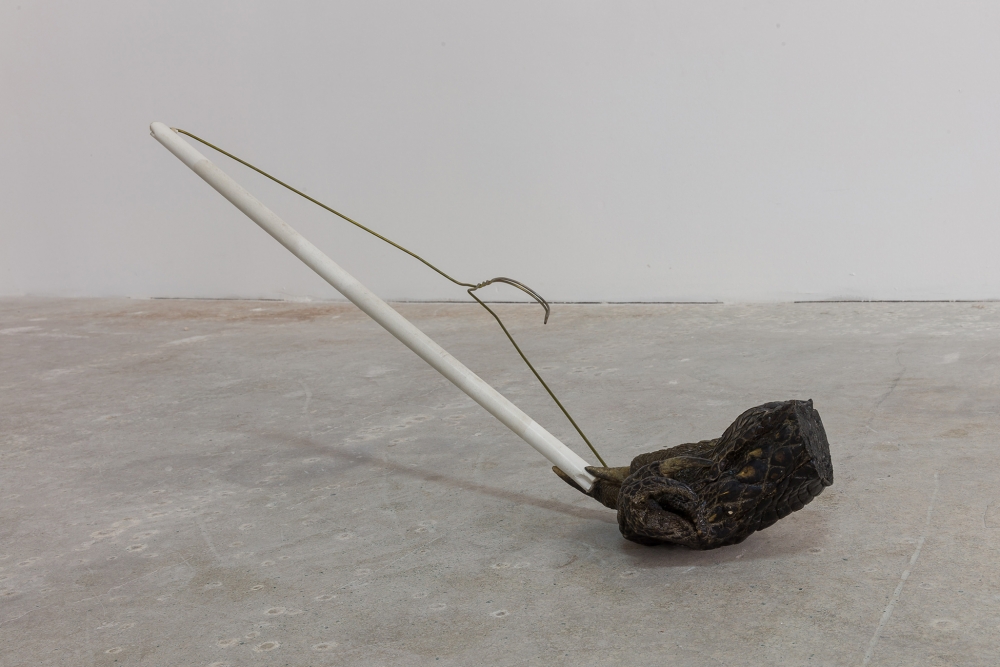 If I had to elect one artist to elegize the end of if not America, then the industrialized world, it would be Michael E. Smith. Working with found and appropriated materials, which have been known to include everything from animal parts to textiles to car parts to human bone, not to mention everything in-between, Smith creates supremely laconic and darkly comic sculptures that seem to come to us from a future that we would either prefer not to or cannot imagine. Whether or not we, as a species, actually figure in that future is unclear (indeed, whether or not we would even want to figure in it is something else entirely). But something seems to have happened there (where? looming on the horizon) in which the objects, tools and technologies we once used to negotiate it no longer seem to possess the uses for which they were intended. Something has happened. Is happening. Will have happened. Already. Behold these stark and gnarled elegies. 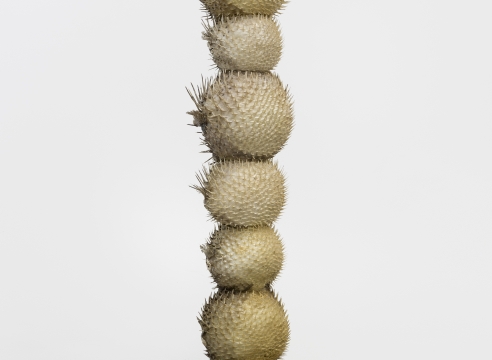