Camille Blatrix’s sculptures present themselves as artifacts from a near future, emulating the forms of everyday objects while obscuring their own purpose. Machine-like in their appearance, the surfaces of his works disguise the artist’s labor, as each sculpture combines elements that are industrially fabricated with those that are meticulously handcrafted using a variety of traditional techniques. In his practice, Blatrix interjects coded references, allowing initially anonymous objects to become an apparatus for recording fleeting emotions and interactions. Blatrix (b. 1984, France) lives and works in Paris. In 2018, his work will be included in group exhibitions at Fondation Lafayette, Paris, Hessel Museum of Art and the CCS Bard Galleries, Annandale-on-Hudson, and MRAC, Serigan. Additionally, Blatrix will have a solo exhibition at Taylor Macklin, Zurich opening February 24. Past solo exhibitions include Galerie Balice Hertling, Paris, 2017, CCA Wattis, San Francisco. 2016, and Mostyn Museum, Wales 2015. Blatrix participated in the 2015 Lyon Biennale. 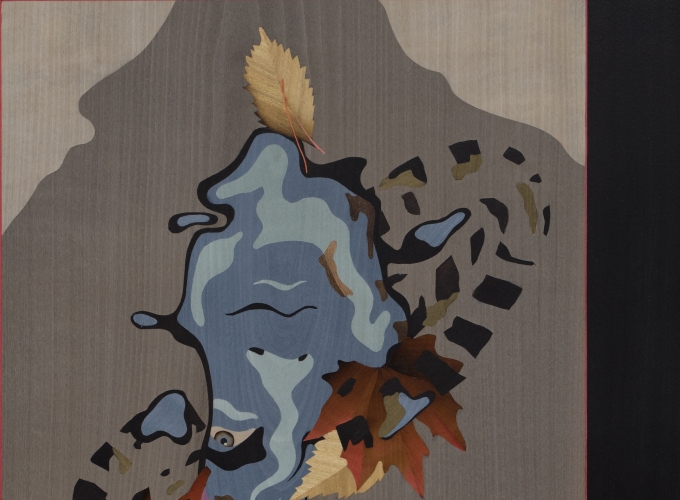 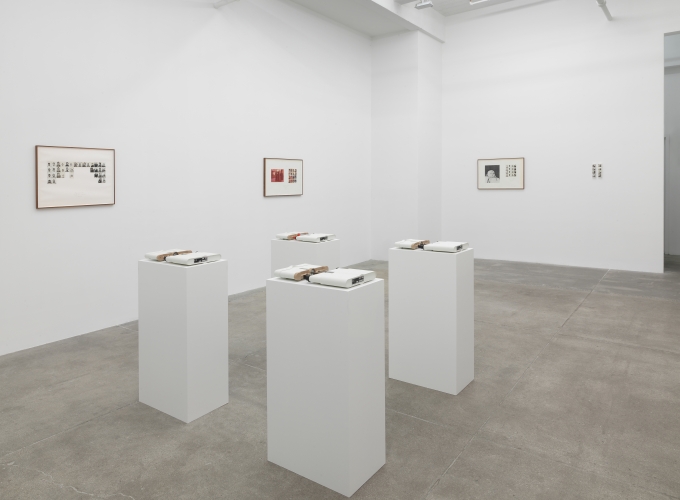 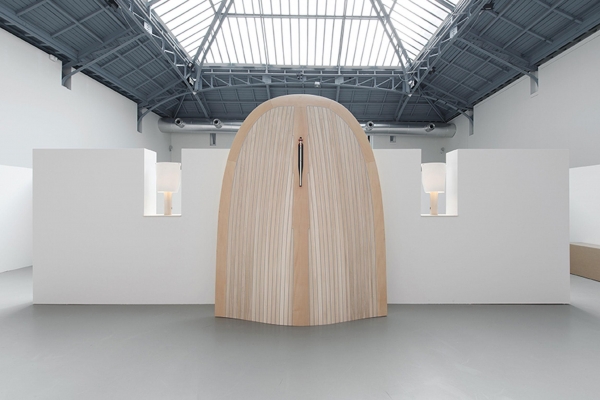 “Les Barrières de l’antique (The Barriers of Antiquity)” is the first solo exhibition in the season “Matters of Concern | Matières à panser”. Artist Camille Blatrix immerses us in the world of artisanship, and fiction. The title is an ironic expression used by latterday artisans (albeit unverifiable, and possibly invented) that refers to the a priori insurmountable barrier of perfection set by the works of Antiquity. Implying as it does an examination of the nature and values of art and artisanship, the concept resonates powerfully with the core beliefs of the Fondation d’entreprise Hermès, as a committed supporter of creative people and a partner in the promotion and transmission of creative expertise. With this in mind, La Verrière’s curator Guillaume Désanges has invited Camille Blatrix – together with his father, a painter turned boat builder – to devise a project shaped by the imprint of their highly stimulating, twofold sensibility. 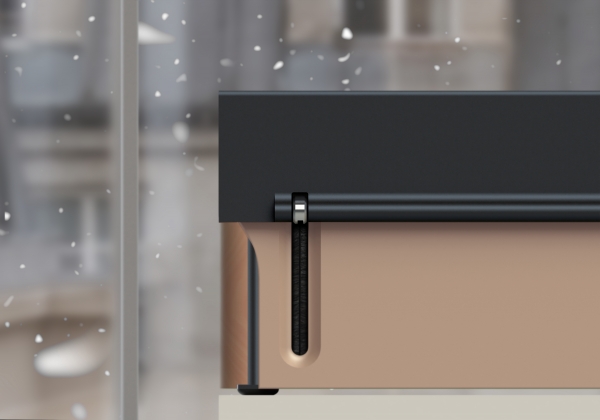 For this exhibition at Lafayette Anticipations, his first large-scale show in Paris, Camille Blatrix was invited to occupy the top level of the glass exhibition tower, designed by Rem Koolhaas. This transparent space overlooking the surrounding rooftops has something of a penthouse feel, where power and opulence have reached their limit, and must be replaced by other conquests, a possible redemption, or a spiritual, mystical quest.  At the centre of this peculiar interior, an ambiguous sculpture — suggesting a succession of high-tech kitchen islands — presents the fundamental elements of life (water, fire, air, etc.) like as many stages in some unknown rite of passage.  The space is also dominated by an imposing marquetry panel; a decorative, almost baroque element which hints at a possible presence. As a counterpoint, an influx of light disrupts this static fetishization of objects at regular intervals. 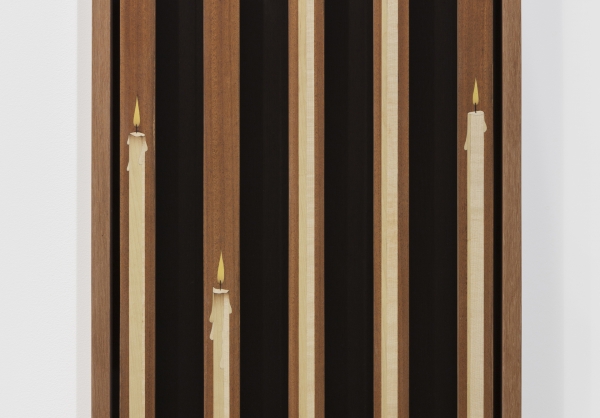 For his project Somewhere Safer, Camille Blatrix modifies Kunstverein Braunschweig’s Remise, reorganizing the spatial situation with architectural interventions. As a harbinger of the show, the entrance area, that is usually perceived en passant, is transformed into a nostalgic waiting room.  Sculptures, paintings and a “soundtrack” produced on-site are condensed into a tense, at times menacing atmosphere of waiting. Each element testifies to the fear and anticipation of an imminent event, whereby the expectation and accumulated exertion that also arise from the manipulated air circulation affect the human body.  Candlelight and ears of corn recur as symbols of live/decease and carry a sense of fruitfulness, sexual lust, and dedication. Shielded by handcrafted wooden pieces, only parts of the Remise are accessible, while other rooms remain hidden in the gleaming light. This way, Somewhere Safer presents itself as an ambivalent oasis—a private retreat that suggests protection from an outside world and a feeling of anxiety and inner strife at once. 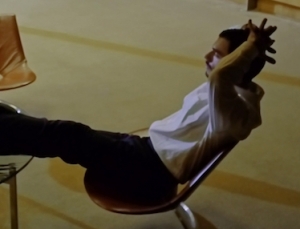 Everything is Going to Be Fine ( Group show)

Everything is going to be fine sets out to examine the emotional charge of technology. In a divergent set of artworks spanning across mobile phone, sculpture, digital video and performance, each artist engages a technological object detached from pure utility, leaning towards a feeling-driven interaction with its user. At times caring, comical, or hostile, the depicted machines take on human-like personalities by serving as containers or channels for a variety of emotions: what artist Camille Blatrix has called “emotional objects. 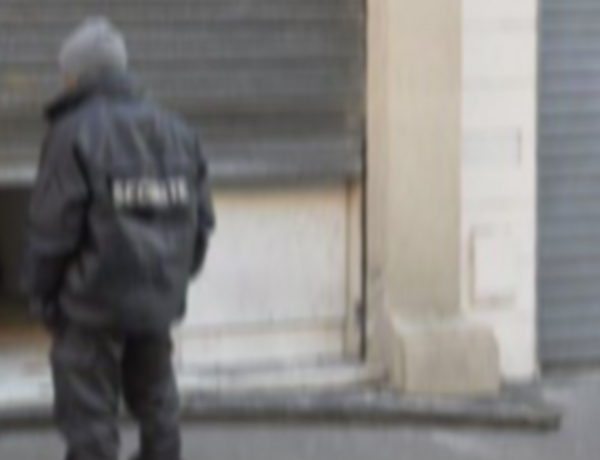 I've always been fascinated by hold-ups, burglaries and the like. This fascination probably comes from the fact that I find them rather romantic, but it might also be connected to the fact that I was born in a southern suburb of Paris where Diego Ferrera, a local contemporary criminal hero, grew up. What excites me in all this is the allure of desire, the thirst for action, the thrill of escape, and finally, the way the villain thumbs his nose at society. I imagine my old friend Camille shares the same interest in these kinds of robber-hero stories; the theme certainly forms the focus of his exhibition at Taylor Macklin, which presents a situation that might have been contextualised beforehand by poetically taking the exhibition space hostage. If you look around you, everything leads you to that conclusion.