Corita Kent (1918–1986) was an artist, educator, and advocate for social justice. At age 18, she entered the religious order Immaculate Heart of Mary. After teaching art at Immaculate Heart College for many years, she became the chair of the art department in 1964. While her first prints consisted of dense, figurative compositions with religious themes and iconography, by 1962 her work evolved into a singular mode of Pop art. Reflecting a wide breadth of disciplinary interests, her bright compositions were not limited to the staple imagery and language of consumer and mass culture but also integrated philosophy, literature, street signage, scripture, and song lyrics in bold text and abstract forms.

Throughout the ‘60s, her work became increasingly political, urging viewers to consider poverty, racism, and social injustice. In 1968, she sought dispensation from her vows and moved to Boston following mounting pressure from the conservative Archdiocese of Los Angeles, as well as exhaustion from her increasingly public profile. After 1970, her work evolved into a sparser, introspective style, influenced by living in a new environment, a secular life, and her battles with cancer. She remained active in social causes until her death in 1986. At the time of her death, she had created almost 800 screenprint editions, thousands of watercolors, and innumerable public and private commissions. 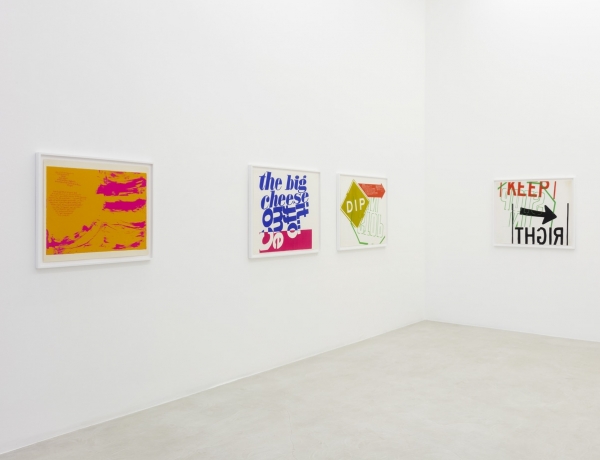 to the everyday miracle

kaufmann repetto is pleased to announce a solo exhibition of artist Corita Kent (b. 1918, Fort Dodge, d. 1986, Boston). Developed in collaboration with the Corita Art Center in Los Angeles, to the everyday miracle presents a retrospective view of Kent's work, bringing together over 40 prints and watercolors as well as a selection of archival materials spanning from the early 1950s until her death in 1986.